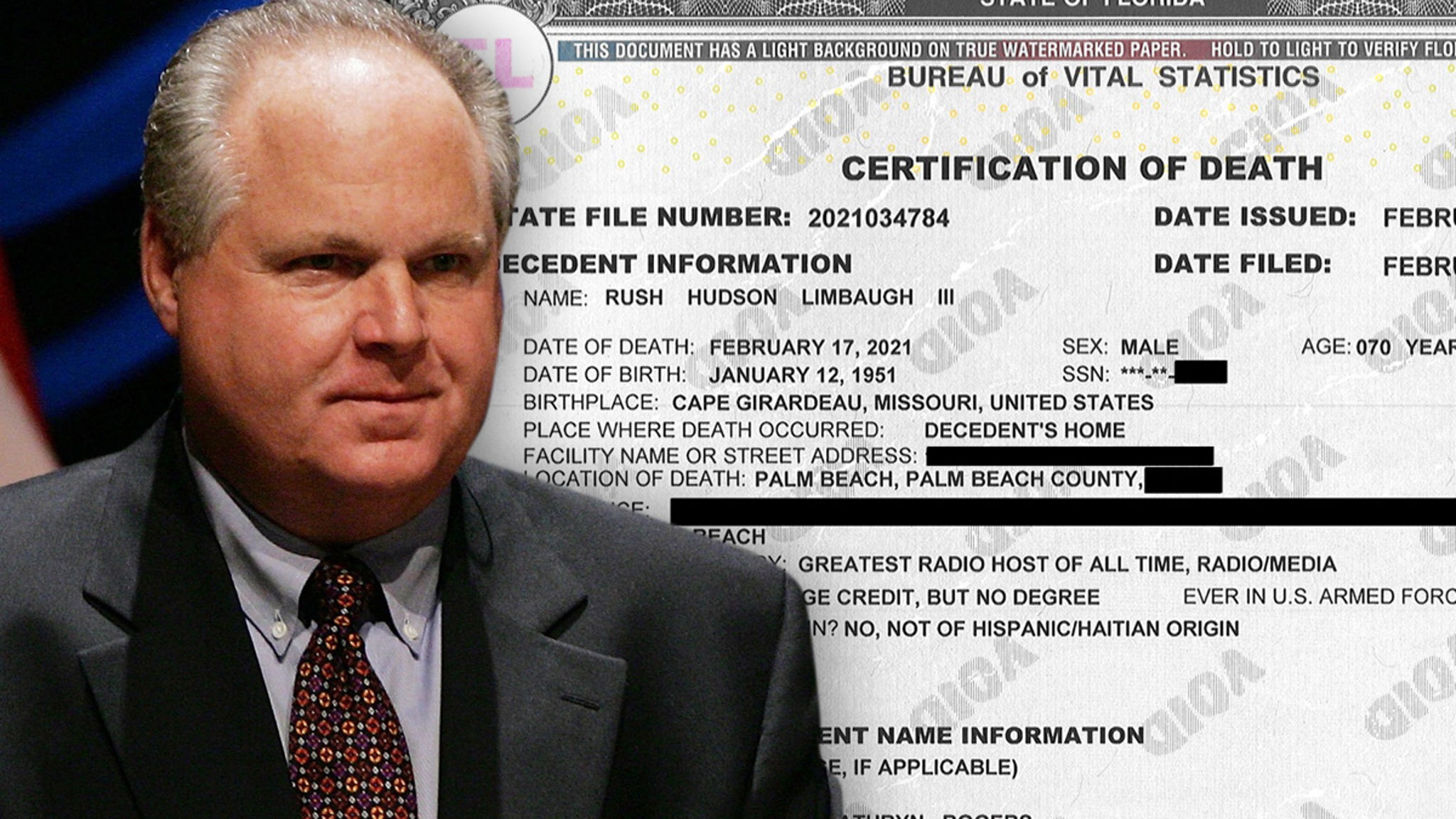 Rush Limbaugh is the G.O.A.T. when it comes to radio hosts, and if you don’t believe that … just read his death certificate.

According to the document, obtained by TMZ, the conservative firebrand host’s occupation is right there in black and white — “GREATEST RADIO HOST OF ALL TIME.” That’s some pretty high praise.

It’s high praise for Rush that many, including his pal Donald Trump, would agree with — but of course, there’s probably those who’d strongly disagree.

Remember, Trump presented Rush with the Presidential Medal of Freedom for his achievements in radio — but Florida Governor Ron DeSantis got some pushback when he ordered flags lowered to honor Limbaugh after his death last month of lung cancer.

We know what you’re thinking — Rush probably had a big fan in the Palm Beach County Medical Examiner’s Office who put that title on the death certificate.

However, his wife, Kathryn Limbaugh, is listed as the person providing the info for the document, so it’s most likely her handiwork.

“The Rush Limbaugh Show” was nationally syndicated, starting in 1988, and made him one of the premier voices in the conservative ranks, as well as one of the most listened to radio personalities.

However, his success in radio came with a lot of controversies … his views on race, feminism, sexual consent, climate change and LGBTQ+ issues — just to name a few — were widely criticized and made him one of America’s most polarizing figures.