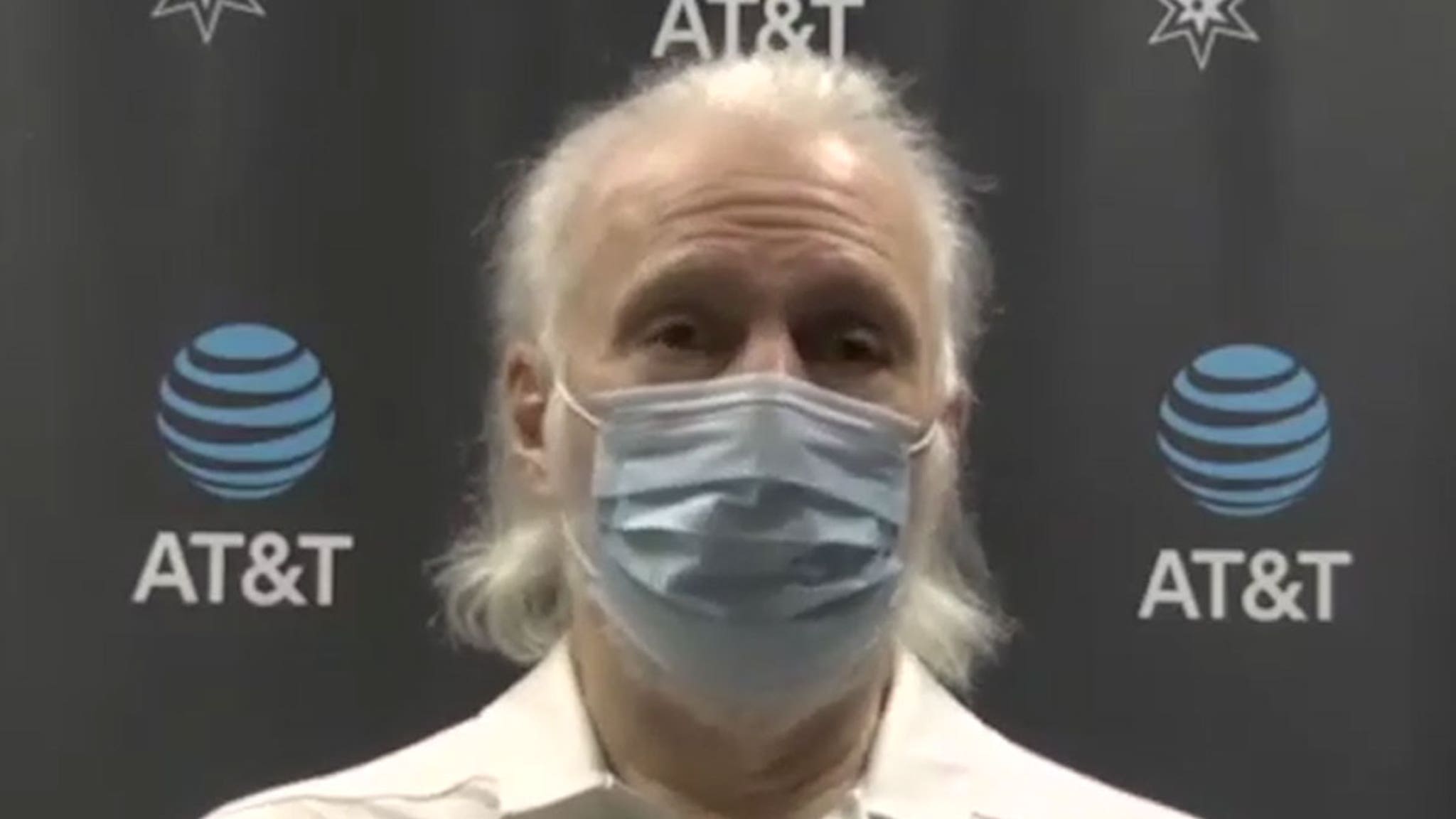 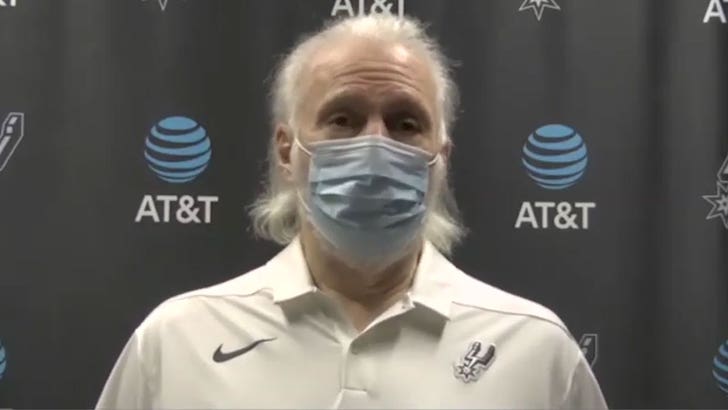 “It’s a mystifying decision,” Coach Pop said Tuesday night in a pre-game presser before his Spurs beat down the visiting NY Knicks.

“Of course [restaurants and businesses] want to open up but getting rid of masks just seems ignorant to me.”

Earlier in the day, Gov. Abbott announced he will “open Texas 100%” beginning on March 10 — which means he will end the state’s mask mandate and allow restaurants and other businesses to operate at 100% capacity.

Gov. Abbott (R-TX) announces all businesses in the state can reopen and ends the statewide mask mandate. pic.twitter.com/3RyGdMVXvD

“Too many Texans have been sidelined from employment opportunities,” Abbott said …”Too many small business owners have struggled to pay their bills. This must end. It is now time to open Texas 100%.”

“When all of a sudden we act like [the pandemic] is over with — when all of the science tells us the opposite — it’s basically like you’re saying, ‘You get infected? You die? That’s the way it goes. We gotta open up!’

“That’s not the way to do it. This is really ridiculous!”