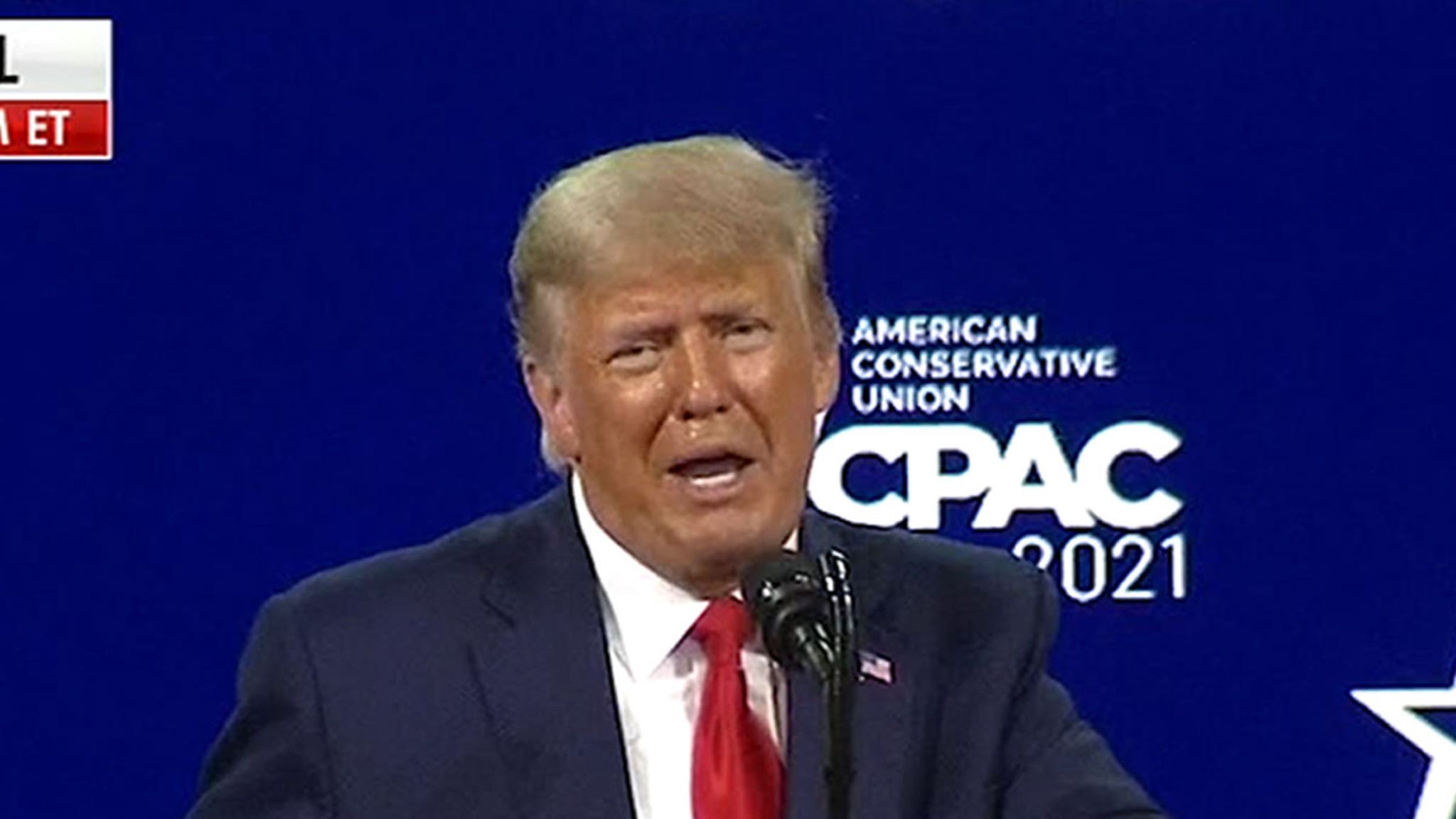 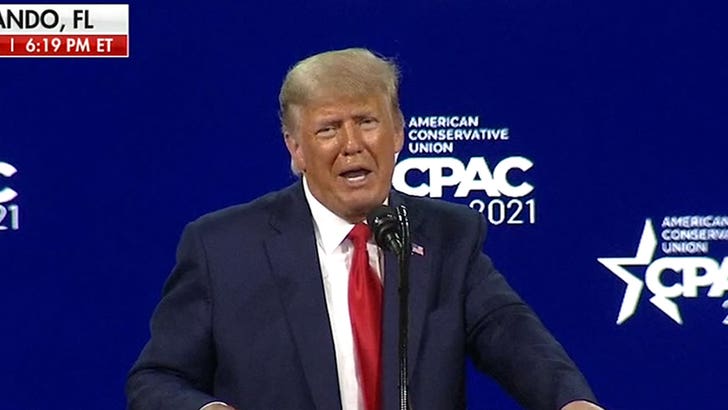 3:35 PM PT — Trump turned into a Dr. Seuss character toward the end of his CPAC speech, openly wondering who oh who oh WHO would be at the top of the Republican ticket in 2024.

45 ended his remarks Sunday with more than just flirting at the idea of running again — he essentially declared he’d be the guy, not in so many words … but he didn’t leave much to the imagination about his intentions.

Here’s what Trump said before becoming a resident of Whoville … “With your help we will take back the House. We will win the Senate. And then a Republican President will make a triumphant return to the White House. And I wonder who that will be.”

Considering this followed a long diatribe of whining about the election results and conspiracy theories suggesting voter fraud — something tells us he wants another bite at the apple. 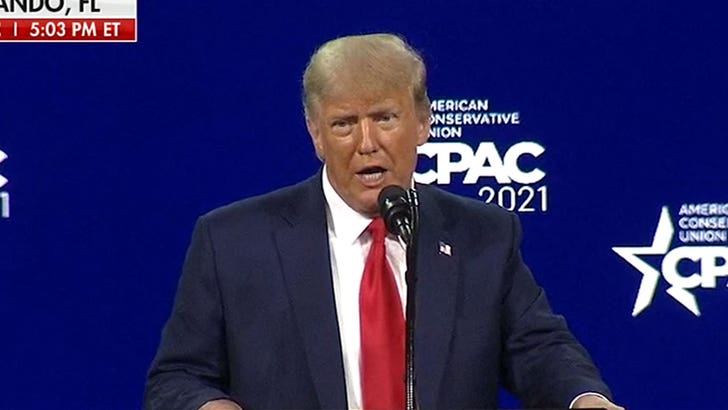 Former President Donald Trump just uttered his first public words on camera since leaving office in January — and it sure sounds like he’s teeing off for another run at the White House.

DT appeared in Orlando Sunday for the conservative convention — where he served as the marquee speaker for the whole shebang. After delaying for more than a full hour … Trump finally showed up to a more than welcoming crowd, asking them … “Do you miss me yet?”

Trump said he was committed to supporting the Republican party over the next four years, and insisted he would NOT start his own party — despite speculation to the contrary.

45 went on to slam what he described as the left’s radicalism, socialism and another buzzword going around these days … cancel culture. He then bashed Joe Biden‘s first month as President, saying it’s been “disastrous” — especially on the immigration front.

Then came the big takeaway from his remarks … the fact that he strongly teased the possibility of him running for President in 2024. He was coy about it — saying “Who knows?!?” — but it might as well have been a campaign announcement.

The whole speech sounded eerily similar to his 2015 launch speech … he was back to calling undocumented immigrants “rapists” and “killers” … and the rhetoric was just as fiery as ever. Trump rambled at many points in the speech, touching on COVID and foreign policy in somewhat incoherent riffs.

A few things he didn’t touch on very much … his second impeachment and acquittal, the Jan. 6 insurrection, or the Nov. 3 election. On that latter topic, he DID again suggest he won, joking that maybe he would “beat them” for the third time. FWIW, he lost fair and square.

Also absent from Trump’s speech … his wife, Melania. She was nowhere to be seen, but he did mention her — saying she sends her regards. Anyway, get ready for more Trump … we think.