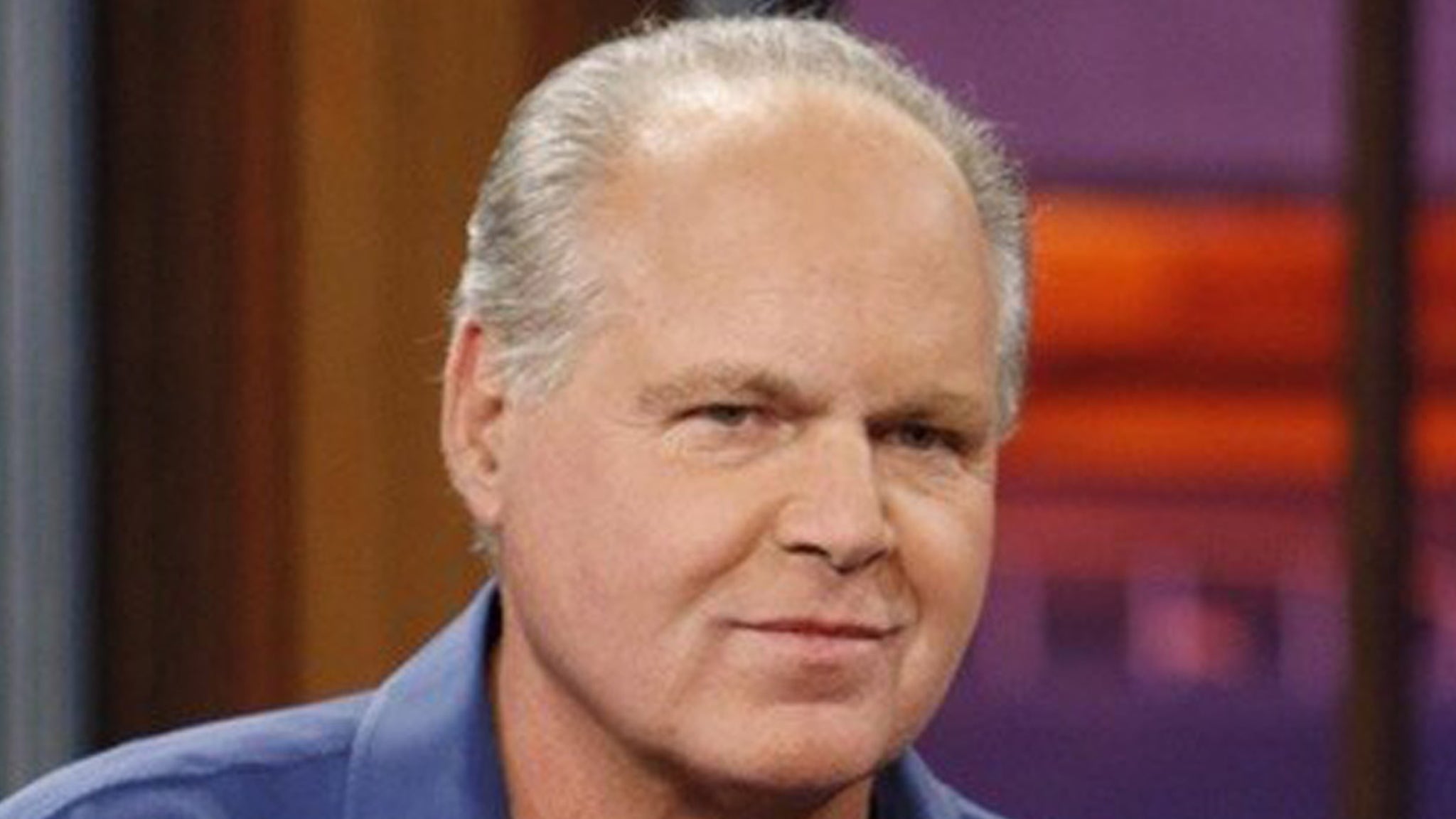 10:27 AM PT — Trump just paid his respects to Rush on Fox News, where he spoke for more than 20 minutes about the respect and admiration he has for the radio host. 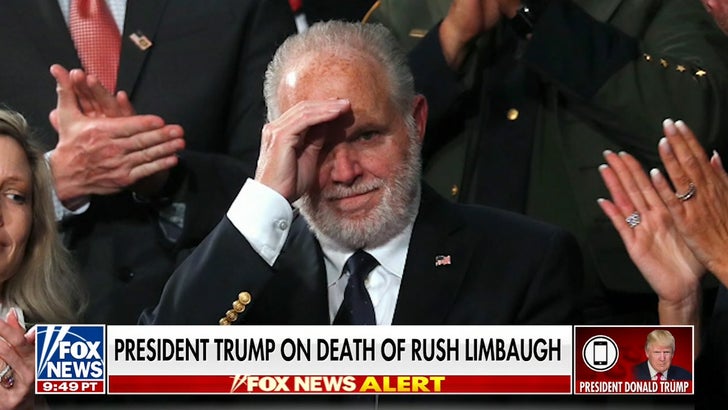 He says he spoke with Rush a few days ago to check in on him, and says he was brave and courageous to the end. Echoing the words of Sean Hannity, Trump describes Limbaugh as “irreplaceable.”

Rush Limbaugh — one of the most listened to radio personalities for more than 30 years — has died of lung cancer … TMZ has learned.

The conservative firebrand host and political commentator died Wednesday. Rush first announced he was battling advanced lung cancer about a year ago, but it took a turn for the worse recently … resulting in him missing some shows and his producers asking for prayers. His wife, Kathryn, announced the news on Rush’s radio show Wednesday morning.

Limbaugh, who started his radio career in the 1970s, is best known for hosting “The Rush Limbaugh Show” … which has been in national syndication since 1988 and made him one of the premier voices of the conservative movement for 3 decades.

President Donald Trump awarded Rush the Presidential Medal of Freedom — the nation’s highest civilian honor — for his achievements in radio. Trump presented the award in an unprecedented move during the 2020 State of the Union address just days after Limbaugh revealed his cancer diagnosis.

Of course, Limbaugh’s success in radio did not come without a lot of controversies, as his views on race, LGBTQ+ issues, feminism, sexual consent and climate change — just to name a few — have been widely criticized … making him one of the most polarizing figures in America.

The same was true for Rush when he ventured to television, as evidenced by his very first appearance in 1990 as guest host for “The Pat Sajak Show.” As Limbaugh was discussing affirmative action, he got jeered by the audience … resulting in everyone being escorted out of the studio so he could finish the show solo.

Rush went on to host his own TV show from 1992-96, and during this time he was one of the most vocal critics of President Bill Clinton and influential figures of the “Republican Revolution,” in which the party regained control of Congress in 1994.

Years later, in 2003, Rush found himself in the middle of a new type of controversy — in the sports world — after joining ESPN as a football commentator. Limbaugh made incendiary comments about Eagles QB Donovan McNabb, claiming he was overrated due to the media being “very desirous that a black quarterback do well.” Rush resigned shortly afterward … but there were plenty more controversies to come.

Rush joined “The Breakfast Club” this past summer to discuss George Floyd‘s death and the protests that followed, and he delivered more classic Rush takes … including saying he doesn’t believe white privilege exists.

Just months before that, in February 2020, Rush insisted COVID-19 was nothing to worry about, telling his audience … “I’m dead right on this. The coronavirus is the common cold, folks.” He claimed it was being weaponized to hurt Trump.

Among Limbaugh’s other accomplishments in radio include his induction into the National Radio Hall of Fame and the National Association of Broadcasters Hall of Fame … and his show being named the most listened-to in the U.S. in 2019.

Limbaugh was married 4 times, the first 3 ending in divorce. He is survived by his current wife, Kathryn Rogers, who he wed in 2010.