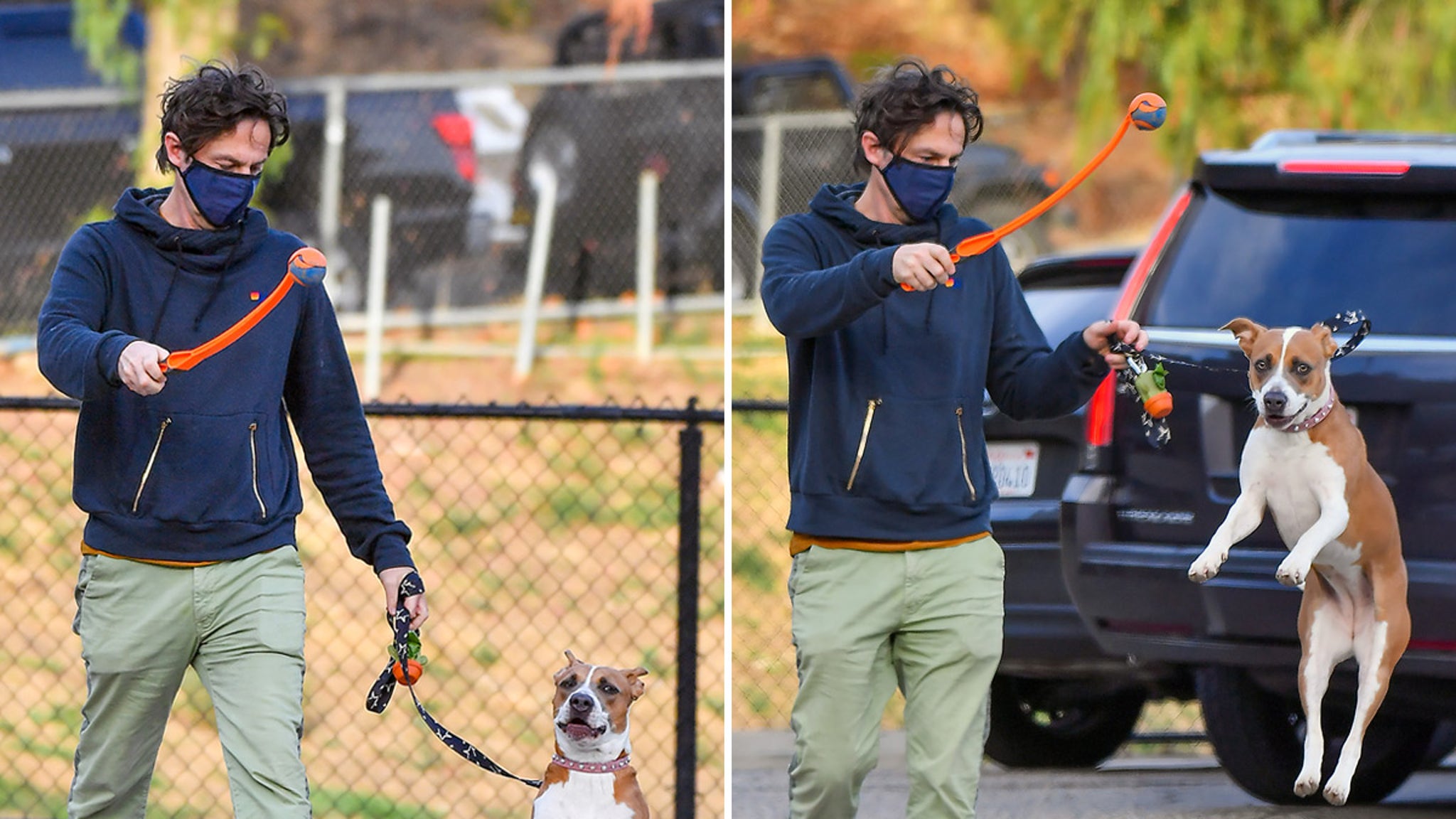 If Zach Braff were to put on his old TV scrubs and take his dog’s vitals right now — they’d probably be through the roof … especially on their way to the dog park.

The actor was spotted this week taking his newest pooch, Billie, to play some fetch … and the little gal was literally bouncing around in the parking lot as Zach swung around his fancy toy. We’re not exaggerating either — this dog’s got HOPS!

It looks like what Billie was gonna go chase down is part of a ball launcher — which helps people chuck a dog’s best friend way further and more easily than they might normally be able to with just their arm.

In any case, Billie was all about it. You can almost hear her screaming, “Gimme, gimme, gimme!!!” … in dog language, of course. BTW, Zach’s pup is a foster dog he and GF Florence Pugh recently took in back in April — who’s been spayed, as Zach has documented.

Oh, and speaking of Zach … he’s quite the responsible pet owner. He had Billie on a leash, and even whipped out a pooper scooper to clean up Billie’s mess in the park. He was also masked up, to which we might say … “Good boy!”