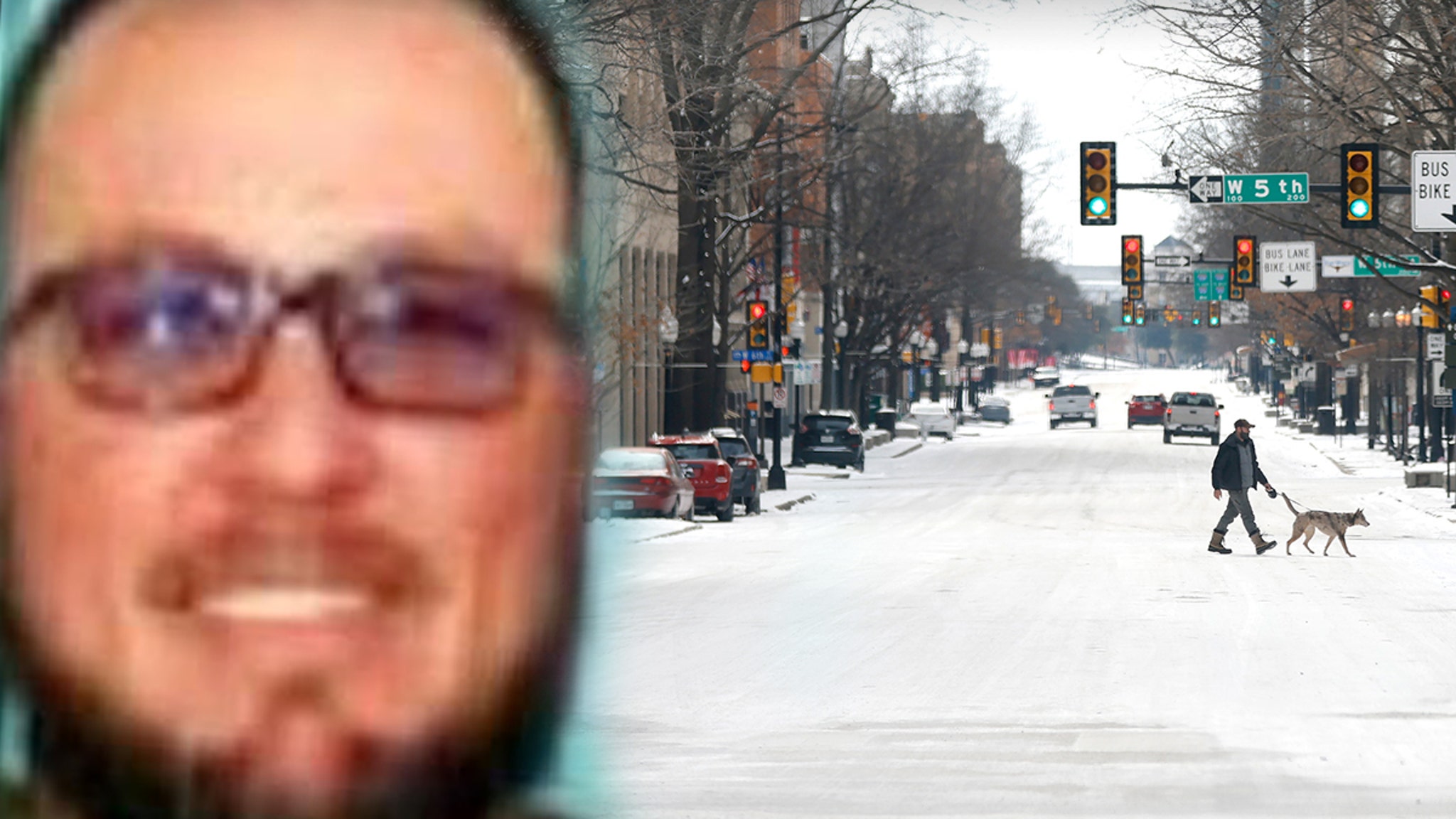 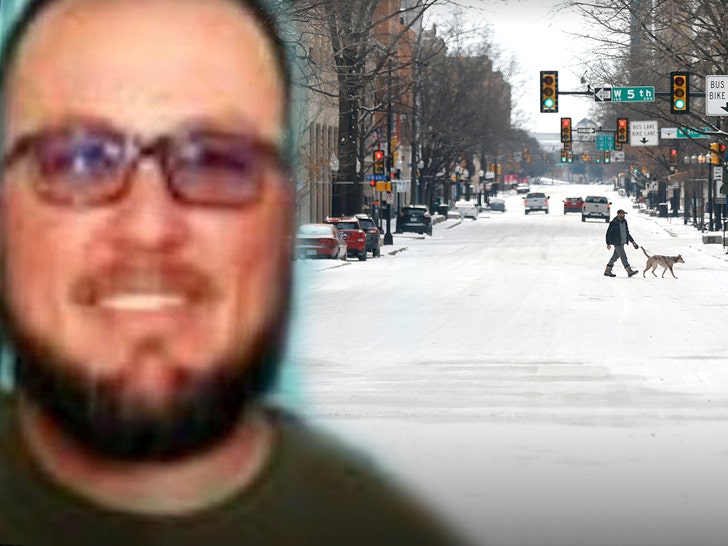 A mayor in Texas has thrown in the towel after going on a heartless rant … calling residents lazy and crybabies as the state suffers from massive power outages in frigid temps.

Tom Boyd said he’s resigning as Mayor of Colorado City, Texas … just hours after he posted a lengthy rant on Facebook, grousing, “no one owes you or your family anything” and that “the city and county, along with power providers or any other services, owes you NOTHING!” 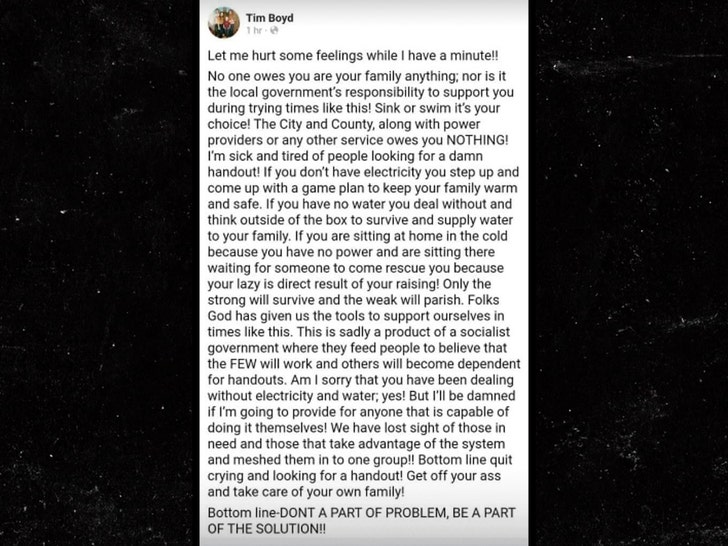 The diatribe came as most of the Lone Star State has gone without power and water for at least 3 days. Texas and much of the South is being slammed with a once-in-a-generation snowstorm … resulting in at least 5 deaths.

But, even as the weather brought Texas to a halt and sent residents literally running for warm cover … Boyd called the dire situation a “sink or swim” moment for residents. He also said he’s “sick and tired of people looking for a damn handout.”

The rant concluded with, “Bottom line, quit crying and looking for a handout! Get off your ass and take care of your own family!” Boyd later apologized and said, “I would never want to hurt the elderly or anyone that is in true need of help to be left to fend for themselves.”