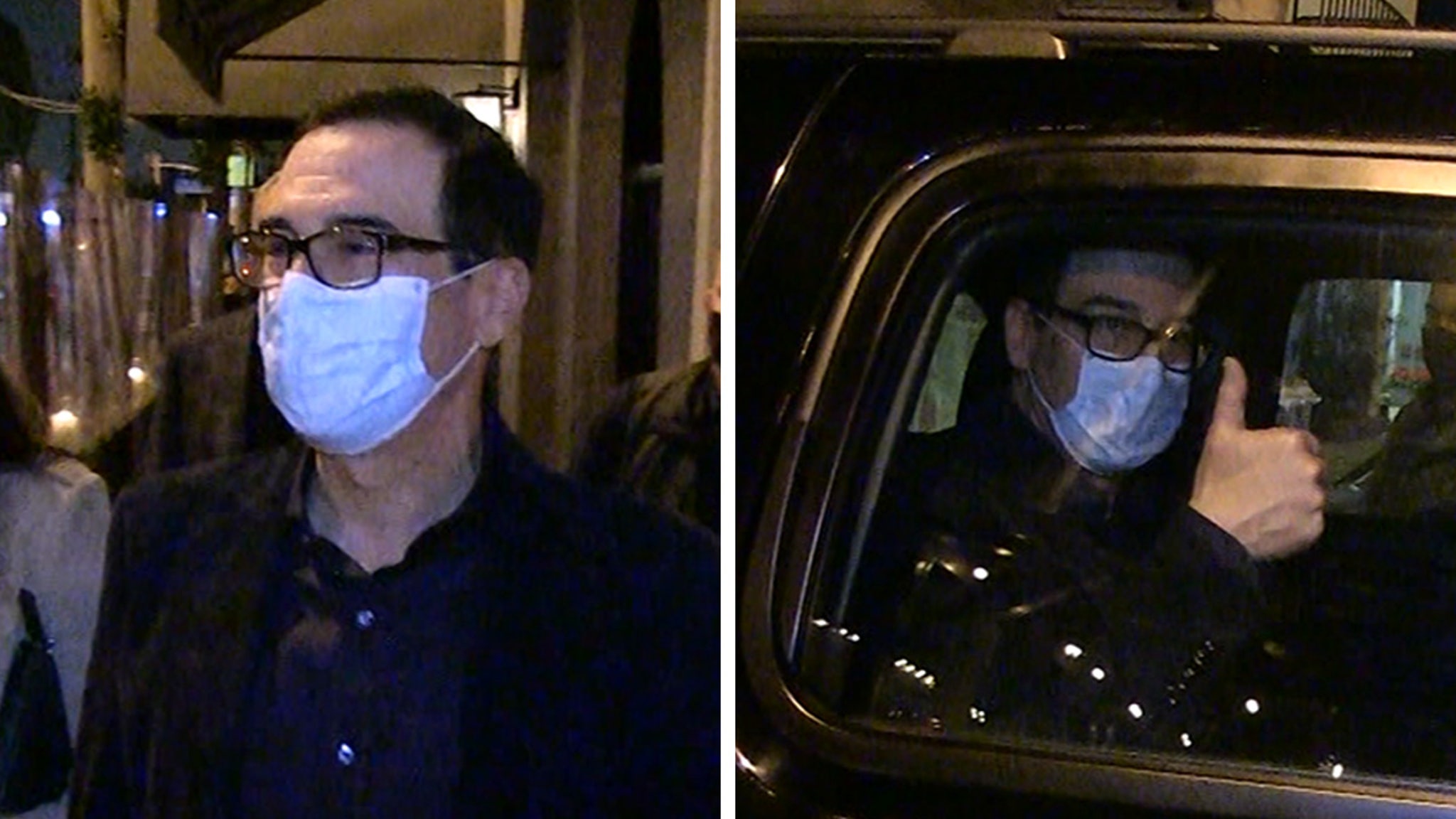 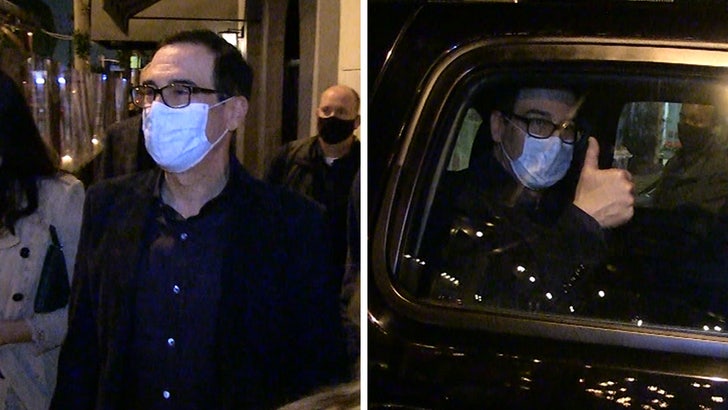 Steve Mnuchin has nothing to say about Donald Trump inciting the insurrectionists to turn on Mike Pence … and his silence is especially interesting because Pence officiated his wedding.

The former Treasury Secretary was leaving Craig’s in WeHo Thursday with his wife, Louise Linton, and actor Ed Westwick when our photog asked how he felt about Trump whipping the rioters into a frenzy over Pence, who dared to say he would certify a valid election.

His silence speaks volumes. He first tried to deflect the question, but our photog persisted and all you hear are crickets.

Our camera guy then pivoted …

— “Trump watched the riots on TV with glee, did that upset you at all?” — Crickets.

— “Josh Hawley’s treating the testimonies as a joke with feet on the desk. Are Republicans turning a blind eye?” — Crickets.

—  Based on the Impeachment Managers’ presentation, would you convict? — Crickets.

He definitely heard the questions, because our guy ended with a thank you and Mnuchin gave a thumbs up.