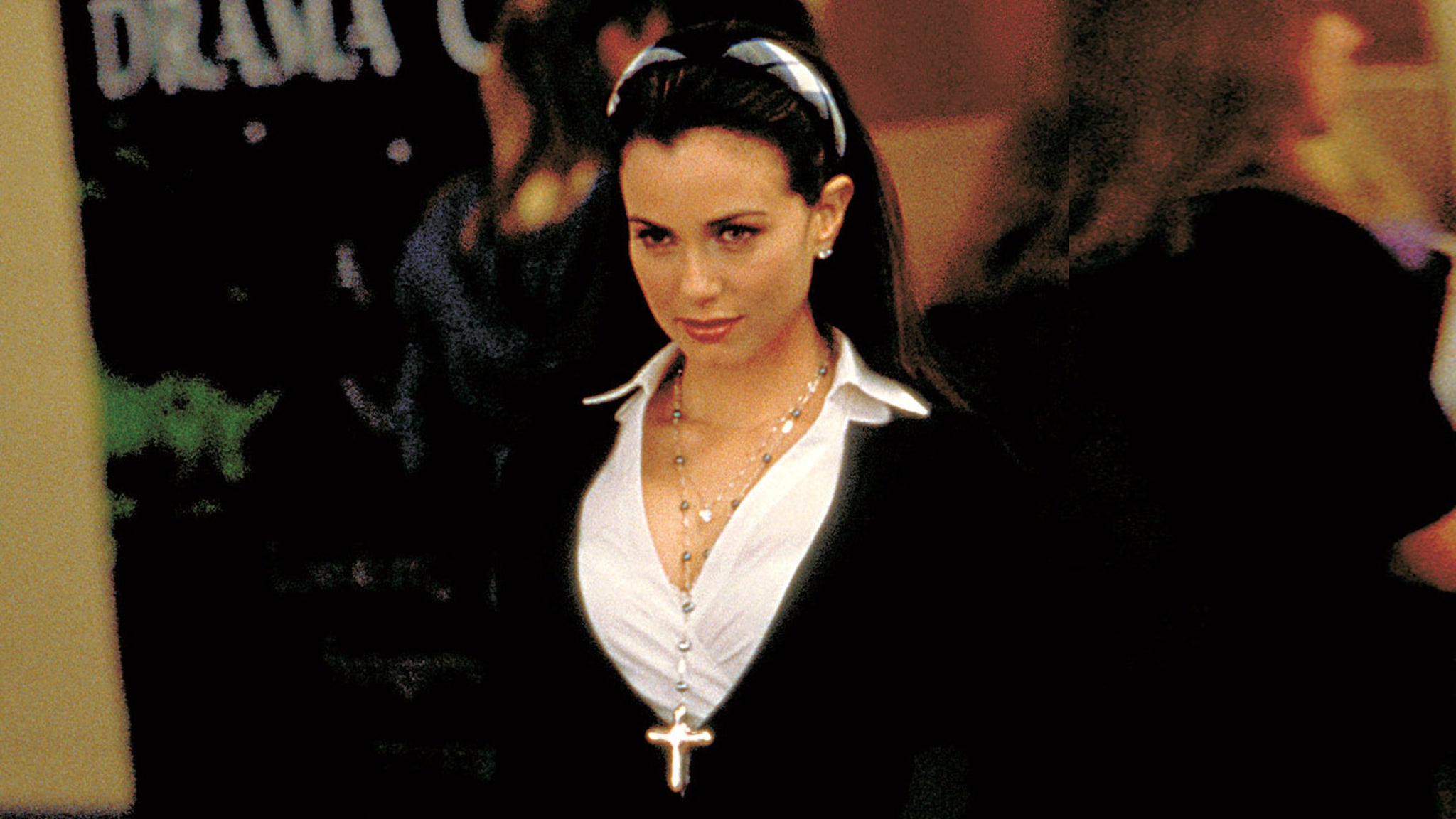 Canadian actress Mia Kirshner was only 26 years old when she made her big break onto the big screen with her role as the super-sexual older sister Catherine Wyler — who lusts after her little brother and still hangs around the high school crowd — in the hilarious 2001 cinema spoof “Not Another Teen Movie.”

Mia is cast alongside some epic actors including Jaime Pressly as the popular cheerleader, Priscilla, Chyler Leigh as the hot nerd, Janey Briggs … and of course Chris Evans as the jock little brother, Jake Wyler.