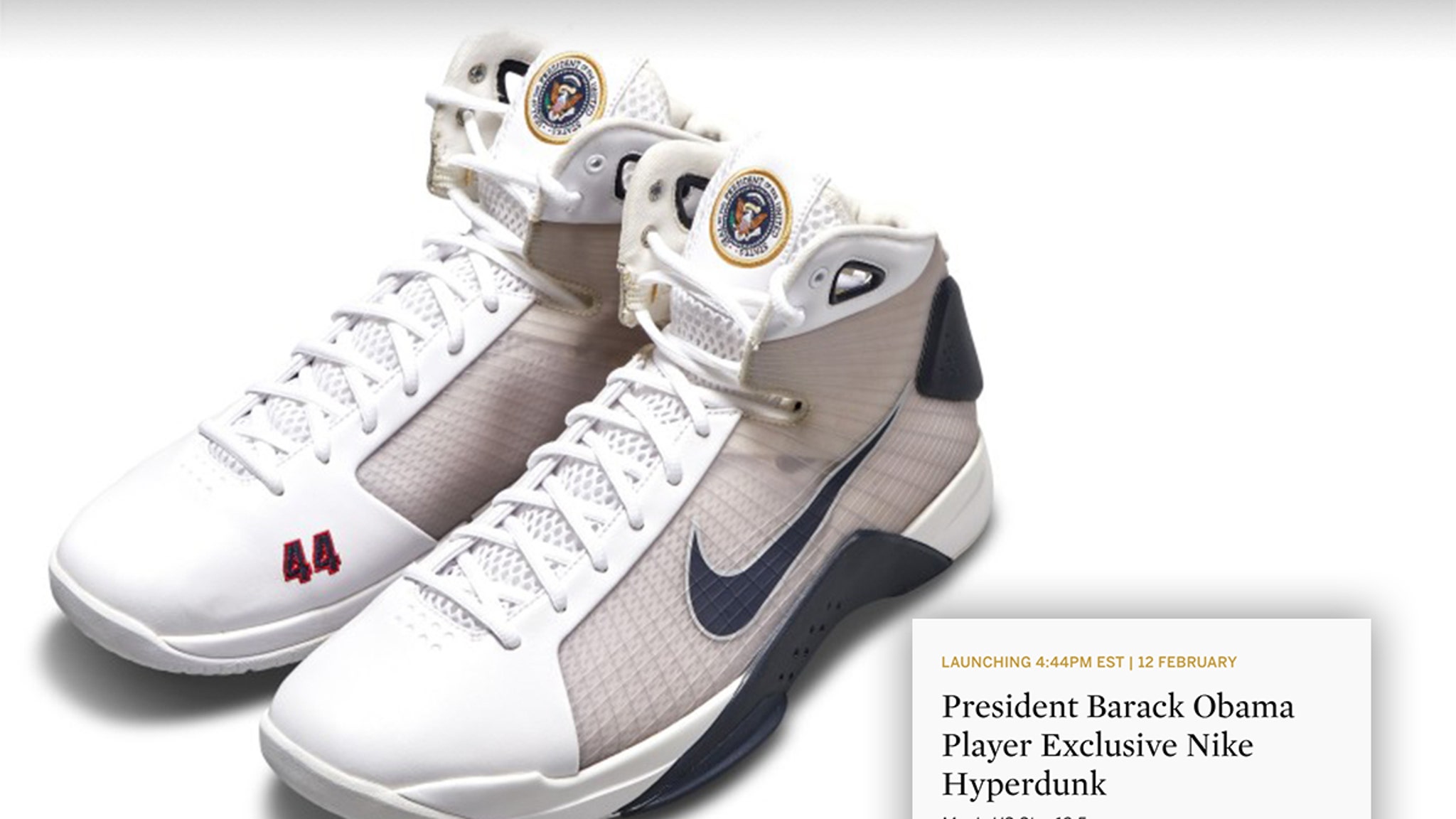 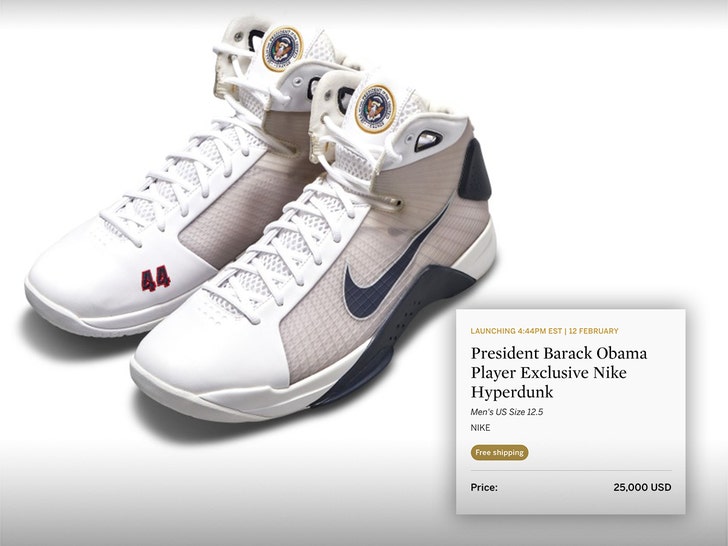 Your friends will be yelling, “Hail to the Chief” if you’re rocking the Barack Obamas — a rare Nike shoe specifically designed for the ex-Prez — and they’ll also know you’re rich as hell.

Sotheby’s is hosting a one-of-a-kind sale of these Nike Hyperdunks in size 12.5 and designed for 44 back in 2009. Talk about an extremely rare pair of Nikes … there are only 2 pairs in existence. The others were gifted to Obama.

According to Sotheby’s … these particular shoes — influenced by the Hyperdunks created for Team USA at the 2008 Olympics — were not worn by Obama, but they’re Nike’s only confirmation sample, and in pristine condition.

Is it worth it? Well, the shoe’s literally etched in POTUS lore — official Presidential Seal on the tongue and an embroidered “44” and the insoles include the year “1776.”

But man, if someone steps on THESE Nikes!!! 😲