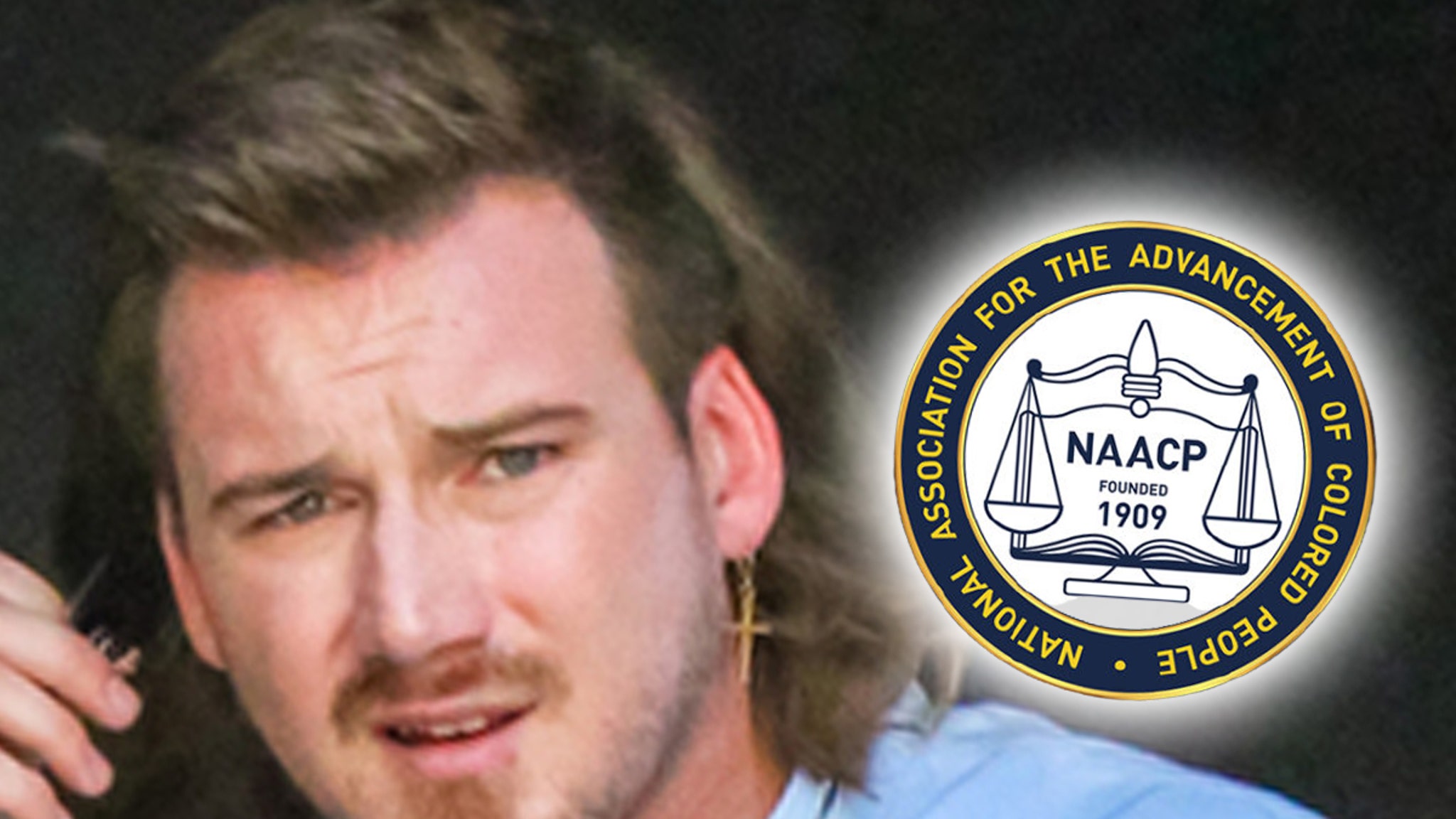 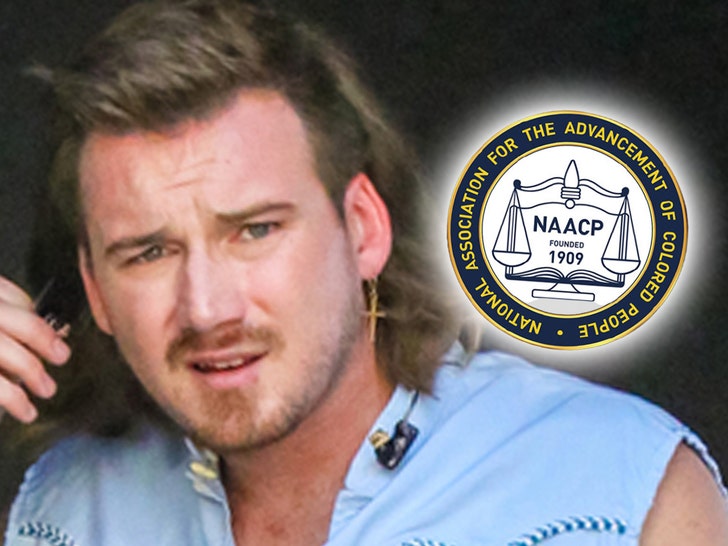 Morgan Wallen‘s album sales are still rising — despite the industry largely canceling him for using the n-word — but that boost is actually helping the NAACP, financially.

The country music star’s second album, “Dangerous: The Double Album,” is still topping the Billboard charts and selling like hotcakes. That means more money in the pockets of Morgan and his songwriters … one of whom, Jason Isbell, is handing over his share to the NAACP’s Nashville chapter. 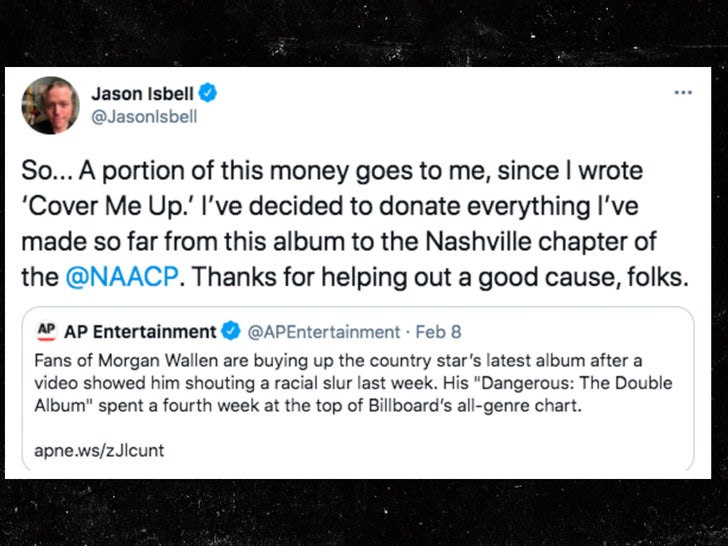 Jason wrote the song, “Cover Me Up,” on the album … and the 4-time Grammy winner says he’s donating everything he’s made from the track.

Morgan’s been shelved by SiriusXM, iHeart Radio, County Music Television, Big Loud Records, Cox Media Group, Emmis Communications and the Academy of Country Music, among others … but Jason wants fans to keep buying the album so he can keep paying it forward.

The President of the Nashville NAACP will likely appreciate Jason’s gesture. As we reported, the org’s already extended an olive branch to Morgan … hoping to make this controversy a teachable moment for him.

No word yet if he’s taking them up on the offer.