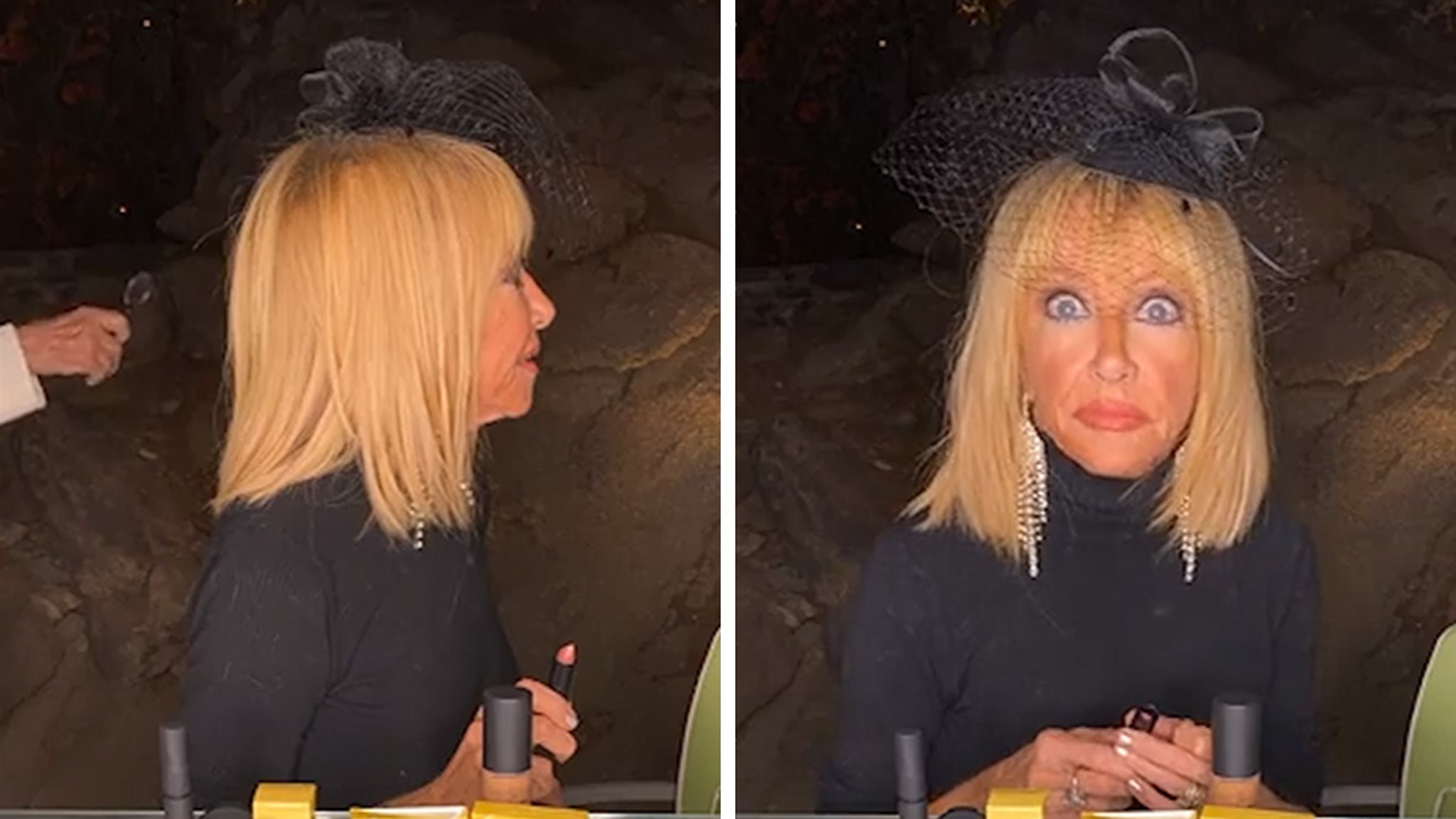 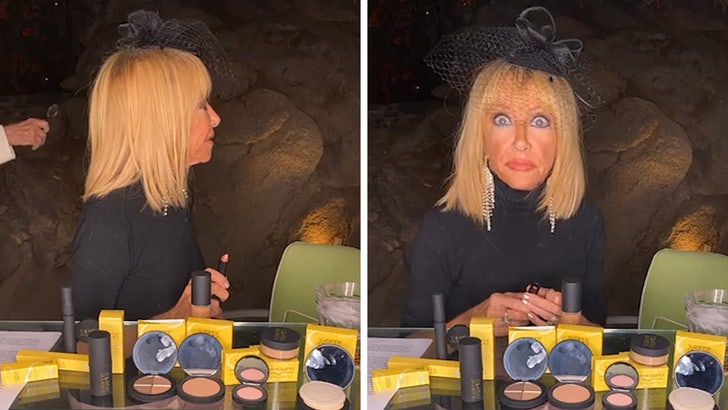 Suzanne Somers and her husband learned a scary lesson Friday during a live stream at their home … Three’s NOT company.

Suzanne was doing a Facebook Live makeup tutorial for her fans at her Palm Springs home when an intruder somehow made it up their private driveway and into their house. The 74-year-old “Three’s Company” star was visibly startled when she noticed him and then tried to figure out his intentions … all the while as fans watched.

As her husband, Alan Hamel, looked on, Suzanne engages the intruder, who says he’s terrified and claims ghosts were following him. She asks his name and he obliges … Aaron Carpenter.

She tells Carpenter he should not be in her home … and Alan echos the sentiment. 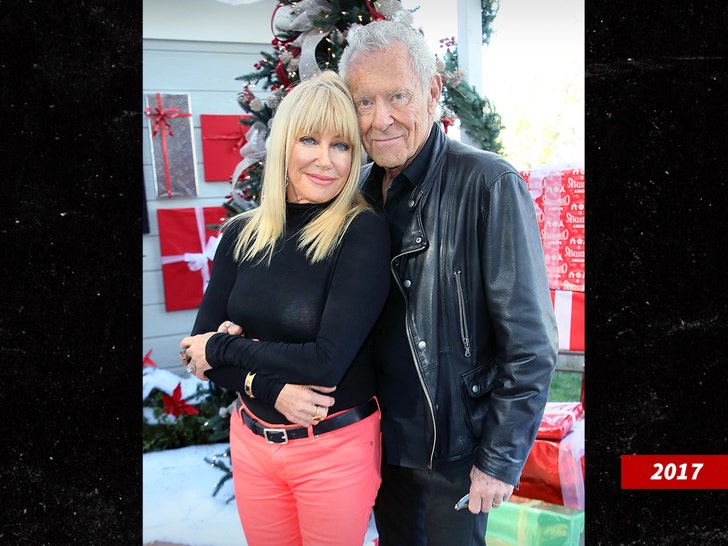 You gotta watch Suzanne’s reactions as she turns off-camera to talk to Carpenter and gives a dramatic, frightened look into the camera as she glances back.

The intruder clearly seems off but non-threatening as he apologizes for interrupting her show.

Suzanne tells Carpenter he shouldn’t be in her home and asks Alan for help in getting him the heck out.

It’s not quite over. The intruder says he has a gift, but Suzanne says she’s not interested. 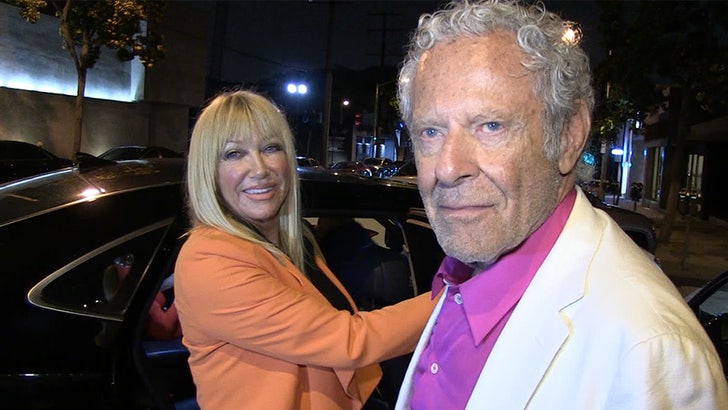 He eventually leaves the home and Suzanne says she’s calling the cops. We contacted the PD and they said no one reported the incident.

As the “Three’s Company” song goes … Come and knock at my door, but don’t just barge in.