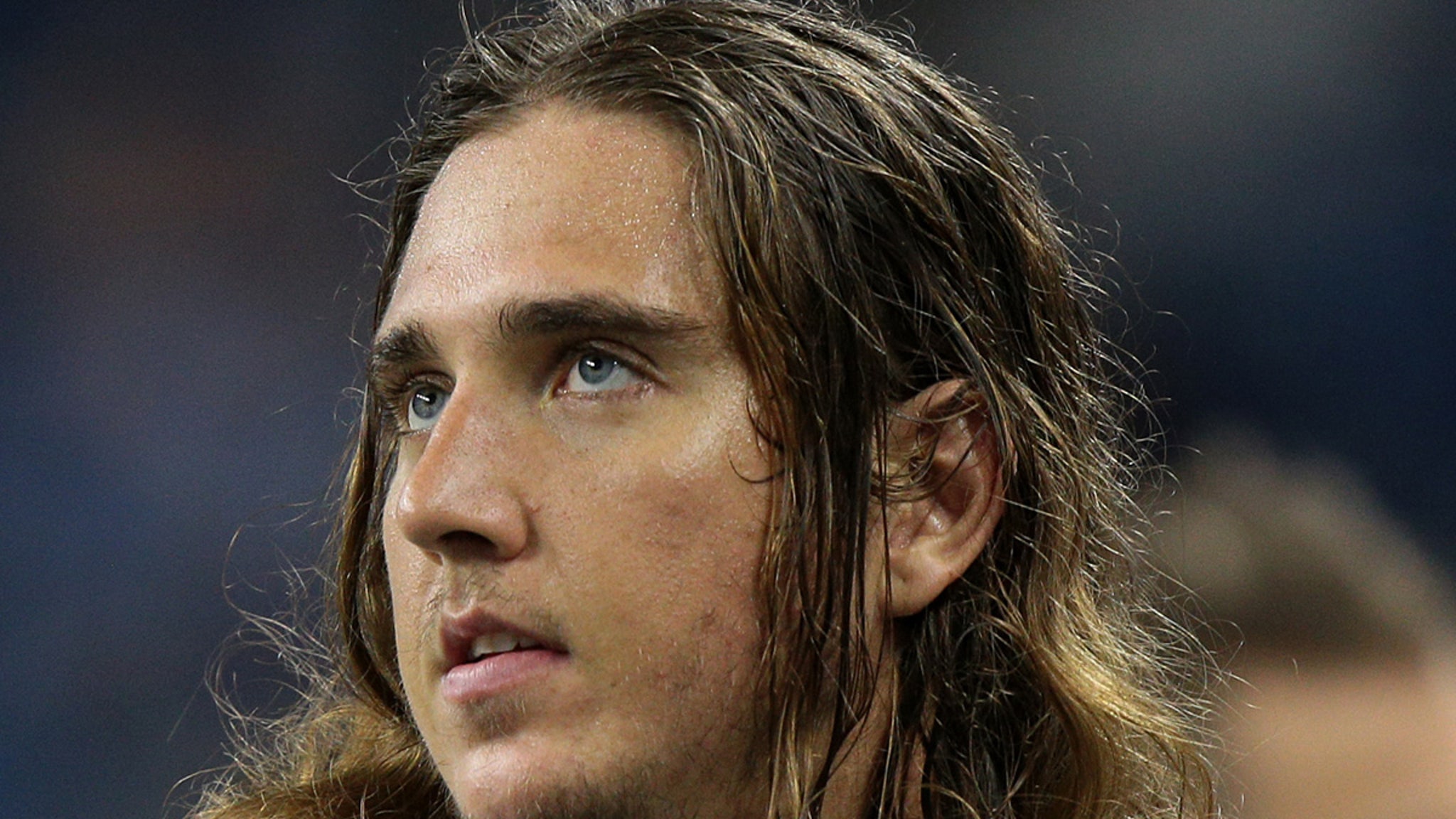 12:11 PM PT — The Seahawks have just announced Wheeler is a free agent this offseason and they have no intentions of bringing him back in the wake of the arrest.

“The Seahawks are saddened by the details emerging against Chad Wheeler and strongly condemn this act of domestic violence,” the team said in a statement. “Our thoughts and support are with the victim.”

The team added, “We encourage Chad to get the help he needs. If you are experiencing mental health issues, please reach out for help.”

Chad Wheeler‘s girlfriend told police … the NFL player had stopped taking his medication for bipolar disorder in the days before he brutally attacked her — and had “snapped into a bad place” on the night of the incident.

It’s all spelled out in the police report, obtained by TMZ Sports, in which the alleged victim attempted to explain why she believes the Seattle Seahawks offensive lineman violently attacked her.

The Kent Police Dept. in Washington say they first received a call from a friend of the victim around 9:45 PM on Jan. 22 — saying the woman was locked in a bathroom after a physical fight with her boyfriend.

Soon after, the victim called 911 herself and told the operator she was being “killed.”

When cops arrived at the scene, officers say they “could hear a female screaming from inside the apartment” and forced their way inside. They also forced their way into a locked bathroom where they found the woman with blood all over her face and Chad standing behind her.

Cops detained Chad, who was not being cooperative, and he began to repeatedly yell, “sorry” while crying out, “I don’t beat women,” according to the police report.

The woman was transported to a nearby hospital where she told cops she had been dating Chad for 6 months without any notable issues.

She also explained, “Chad suffers from bipolar disorder and is medicated but has not been taking his medication recently.”

According to the police report, the woman said, “Chad had a rough week and had a manic episode this evening. She said it was not provoked by an argument of any sort.”

The woman says Chad “snapped into a dark place” out of nowhere and told her to bow to him — which she refused. And that’s when he beat her up, according to the police report.

The woman told cops Chad strangled her “with both his hands for some time” — and continued his attack even after she fought back.

The woman says she lost consciousness — and when she came to, Chad said, “Wow you’re alive?”

That’s when the woman says she ran to the bathroom, locked the door and called cops and family members.

But, it didn’t stop there … the woman says Chad picked the bathroom lock and entered — and began apologizing profusely.

When cops asked the woman if she thought she was going to die, she replied, “I thought I already had.”

Cops documented her injuries — which included “noticeable fingerprints on both sides of her neck as well as capillaries that had burst at the back of her throat.”

Officers say her “left elbow joint was obviously swollen and deformed compared to her right arm.”

Jail records show Wheeler was booked at 1:19 AM on Saturday … and released at 9:18 AM on Tuesday.

The Seahawks released a statement on the incident on Monday night, saying, “We are aware of the situation and still gathering information.”

We’re attempting to contact Wheeler and his reps — but so far, no word back.