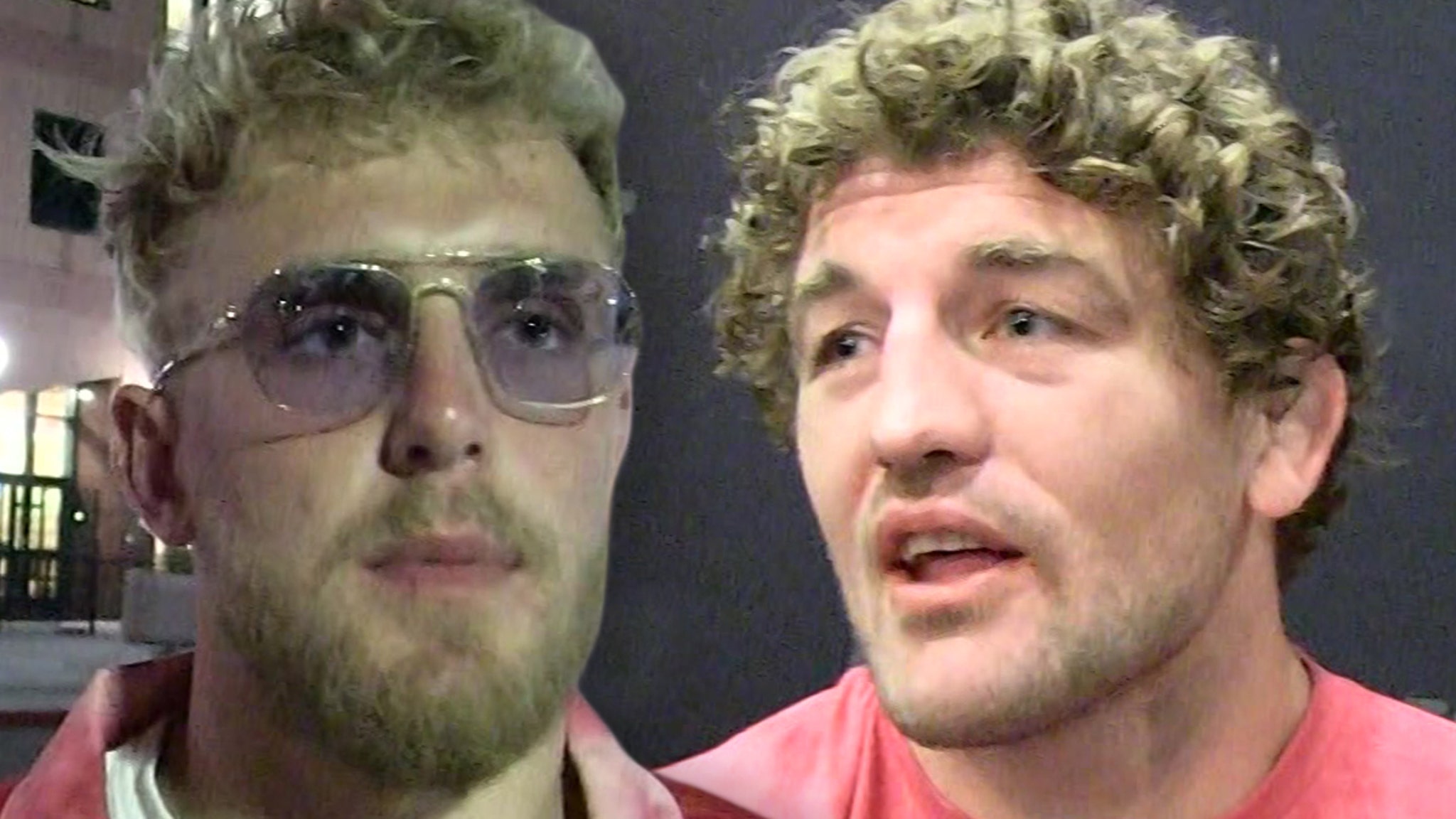 Jake Paul has locked in his next boxing opponent — and it’s UFC star Ben Askren!!!

36-year-old Askren has been a pro MMA fighter since 2009 with 19 wins in 22 fights … including a victory over legendary tough guy Robbie Lawler at UFC 235 in 2019. He became welterweight champ in both Bellator and the ONE Championship organization before joining UFC.

But, Askren is known for his dominating wrestling skills — not his stand-up striking game … which is what makes this matchup interesting.

And yes, Askren also holds the record as the person who was knocked out the fastest in UFC history — when Jorge Masvidal took him out with a flying knee in 5 seconds in 2019.

24-year-old Paul only has 2 pro boxing matches under his belt — but both of his opponents were far from pro fighters. He famously beat up YouTuber AnEsonGib back in 2019 — and then STARCHED ex-NBA star Nate Robinson in July 2020.

Paul has been calling for tougher opponents — and now, Askren has answered the call … with the two sides agreeing to throw down in an 8-round pro boxing match on April 17, according to ESPN.

Just like the Mike Tyson vs. Roy Jones Jr event, the fight will be presented by Triller (under the Triller Fight Club brand) and will be available on Pay-Per-View. The location of the fight has not been finalized yet.

“I know Jake Paul is enjoying pretending he is a fighter,” Askren told ESPN … “I think on April 17 he is going to have a rude awakening to what being a fighter is really like.”

“Jake has led a privileged life and doesn’t really know what the meaning of being a fighter is. I’m going to put his dreams to an end.”

“Me, on the other hand, I started boxing two years ago and I’m still going to knock his ass out faster than Masvidal.”

“These MMA guys think because they throw punches they know how to box. The world complained because I knocked out a basketball player and not a real fighter. So now I’m giving the people what they want by taking on a ‘real fighter.’ After Ben Askren is added to my knockout meme collection, what can anybody say?”

“Thank you to Triller Fight Club for giving me the platform to once again put a man to sleep. April 17, it’s lights out for Askren.”

Triller has not released the full fight card but says ether will be legit boxing stars fighting that night. The official card is expected to be released sometime in the next few weeks.