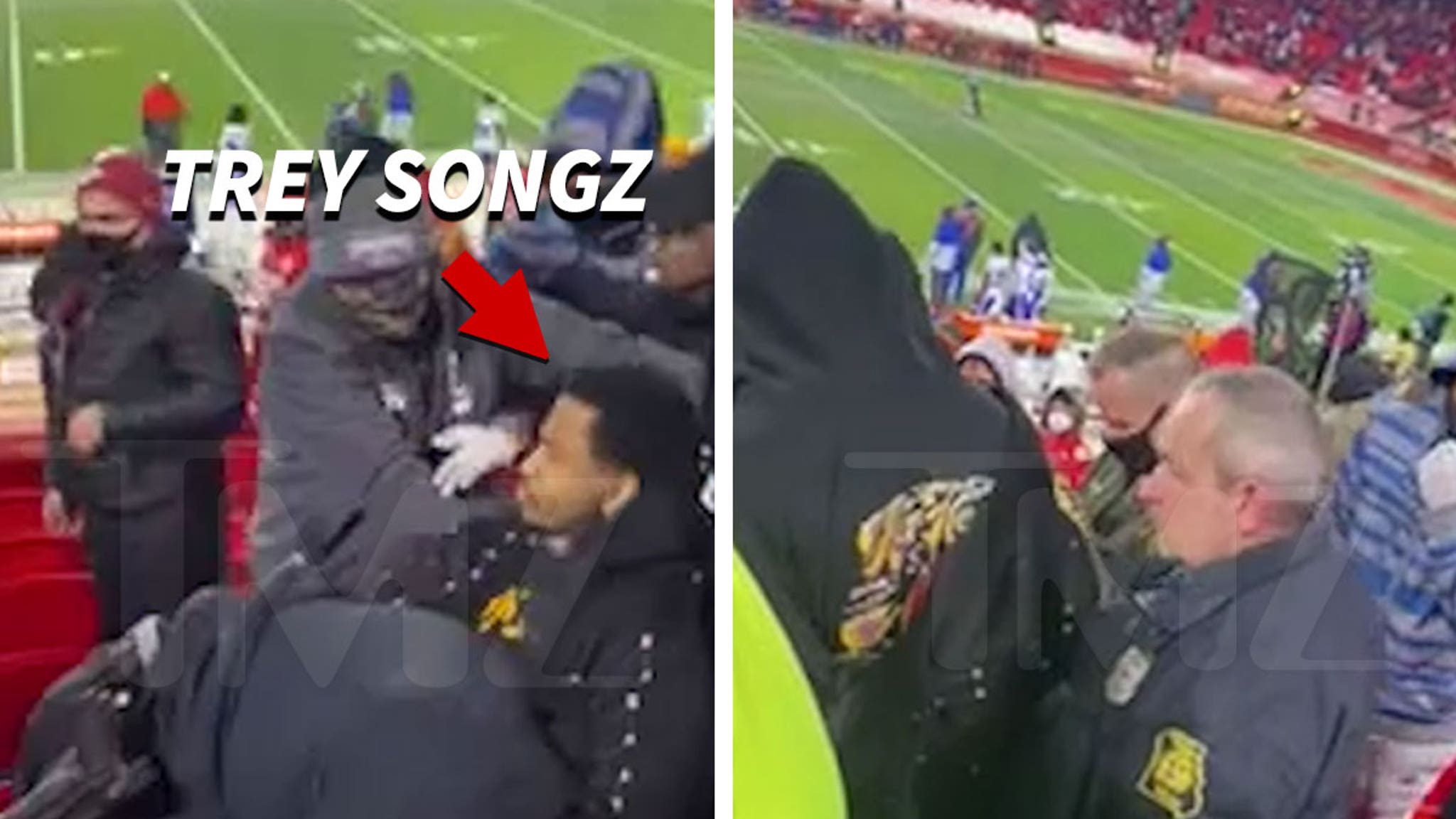 8:49 PM PT — A law enforcement source tells us Songz was arrested for trespassing, resisting arrest — both misdemeanors — and for assaulting a police officer … a low grade felony. We’re told he’s on a 24-hour hold, and will likely be released tomorrow night.

Trey Songz found himself in the middle of a physical altercation with a police officer during the KC Chiefs’ game, and fans who witnessed it say the cop was way out of line.

We’ve obtained this video from Arrowhead Stadium Sunday, which at first shows Trey and the officer in a struggle. Trey connects a punch with the officer’s head, and gets him in a headlock, but then the officer pins Trey to a seat.

A witness tells us the whole thing started when Trey was being heckled by some fans a few rows behind him and he asked them to chill out. We’re told the officer approached Trey, and without warning, went after him. The witness says Trey was totally caught off guard when the officer got physical, and started to defend himself.

You can hear fans throughout the video shout at the officer, telling him to get off Songz until additional officers arrived. Fans were yelling for the officer to be arrested.

Once backup got there, they were able to separate Trey and the cop … and they put Trey in handcuffs.

We’re told Trey is currently in custody, but it’s unclear if he’s being booked for anything … or simply detained.

We’ve reached out to his reps … so far, no word back.